ICS lecture: Qingben Li, "A Circle Model of Cultural Exchanges between China and the West, the Case of The Orphan of Zhao" 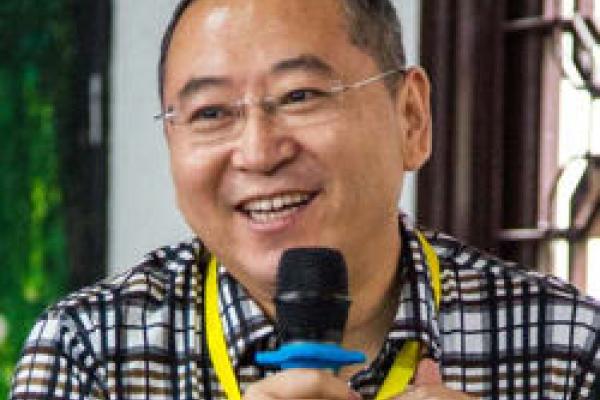 "A Circle Model of Cultural Exchanges between China and the West, the Case of The Orphan of Zhao"


Abstract: The circle model of cross-cultural research attempts to re-examine the relationship between Chinese and Western literature, treats “Western learning introduced into China” and “exporting Chinese culture to the Western world,” which was separated in previous studies, as an overall process, and to show a spatial map of the circle travelling of literary texts or theories. In this circle traveling, the occurrence of misappropriation, transplantation, transfer and transformation in every aspect are normal phenomena. My talk will offer a case study using the example of The Orphan of Zhao by Ji Junxiang (纪君祥). The circle travelling of this drama, from its original sources to its Western and Eastern (mis)adaptations and critical interpretations, shows the complexity of cross-cultural exchanges which are never merely one-directional and include complex spatial mappings, from ancient Chinese culture to Western culture, and then back to modern Chinese culture.

Bio: Qingben Li is a distinguished Professor of literary theory and aesthetics at Hangzhou Normal University, China. He was born in Laizhou city, Shandong Province, in eastern China in October 1965, graduated from the Chinese Department of Shandong University, and earned his Doctorate of Arts with a concentration in Literary Theory and Aesthetics in 1993. He was conferred with the title of professor in 1999 and in 2003 became a tutor of Ph.D. candidates. Prof. Li was the head of HSK (advanced) Research Office of National HSK Center (1993–2001), the head program officer of the China Culture Center in Malta (2004–2006), the senior research scholar of Harvard University in the Department of Comparative Literature (2010–2011), and the academic leader of Comparative Literature and World Literature of Beijing Language and Culture University (2007-2016). He has published more than 100 academic papers and 10 books.

Professor Li is visiting The Ohio State University from November 26 to December 2, 2018.