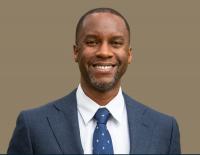 Sue Mi Terry is Director of the Hyundai Motor-Korea Foundation Center for Korean History and Public Policy at the Woodrow Wilson Center for Scholars. Formerly a Senior Fellow with the Korea Chair at the Center for Strategic and International Studies (CSIS), she served as a Senior Analyst on Korean issues at the CIA (2001-2008), where she produced hundreds of intelligence assessments--including a record number of contributions to the President’s Daily Brief, the Intelligence Community’s most prestigious product.  She received numerous awards for her leadership and outstanding mission support, including the CIA Foreign Language award in 2008.  From 2008 to 2009, Dr. Terry was the Director for Korea, Japan, and Oceanic Affairs at the National Security Council under both President George W. Bush and President Barack Obama.  In that role, she formulated, coordinated, and implemented U.S. government policy on Korea and Japan, as well as Australia, New Zealand, and Oceania.  From 2009 to 2010, she was Deputy National Intelligence Officer for East Asia at the National Intelligence Council.  In that position, she led the US. Intelligence community’s production of strategic analysis on East Asian issues and authored multiple National Intelligence Estimates.  From 2010 to 2011, Dr. Terry served as the National Intelligence Fellow in the David Rockefeller Studies Program at the Council on Foreign Relations in New York.

She holds a Ph.D. (2001) and an M.A. (1998) in international relations from the Fletcher School of Law and Diplomacy at Tufts University and a B.A. in political science from New York University (1993). She was born in Seoul and raised in Hawaii and Northern Virginia.

Free and Open to the Public (registration required)

If you require an accommodation, such as live captioning, to participate in this event, please contact EASC Program Coordinator Francesco DiMarco at dimarco.17@osu.edu. Requests made at least two weeks in advance of the event will generally allow us to provide seamless access, but the university will make every effort to meet requests made after this date.