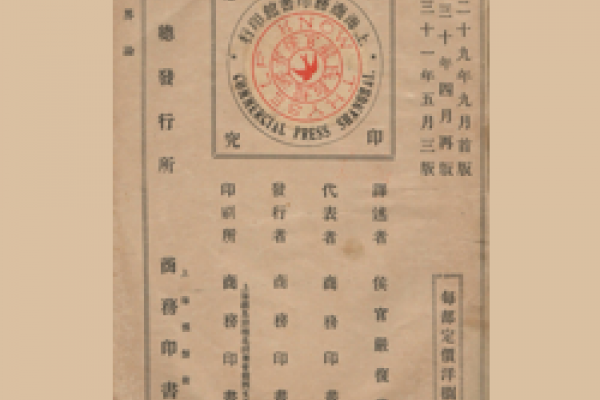 "Pirates’ Law? – Toward a Social History of Copyright in Modern China"


Abstract: China has long been criticized as the heaven of intellectual property piracy. In mass media as well as in academic discussions, China’s inability or reluctance to protect copyright is often attributed to its cultural tradition which embraces imitation over innovation. But is this the whole story? This study uses a new conceptual framework to reveal an intertwined history of copyright and piracy in modern China. By shifting the attention from the letter of the law to the actual practices of copyright, it explores how copyright, a seemingly alien concept, was actually received, appropriated, and employed to respond to emerging issues of piracy in China’s local socio-economic contexts, both within and beyond the legal institutions of the state. While Chinese publishers and authors might be labeled as ruthless pirates by their foreign counterparts, they were advocates for domestic copyright in their own ways.

Bio: Fei-Hsien Wang is an assistant professor of History, East Asian Languages and Cultures, and the Liberal Arts & Management Program, at Indiana University, Bloomington. She is a historian of modern China, with particular interests in information production, law, and economic life. Her research has revolved around the relationship between knowledge, commerce, and political authority in modern East Asia, especially China. Her book Pirates’ Law: A Social History of Copyright in modern China (forthcoming, Princeton University Press) explores how copyright was understood, appropriated, codified and, most importantly, practiced by Chinese as a new legal doctrine. In addition to a side project on post-imperial China’s imagination and fantasy of imperial pasts, she also has long-term interests in the politics of home cooking and recipe books in East Asia. She is also a research associate of the Centre for History and Economics at the University of Cambridge.

This event is supported by OSU's Department of History and by a U.S. Department of Education Title VI grant to The Ohio State University East Asian Studies Center.