ICS Lecture: Paul Barclay, "At the Geographic Limits of Discipline: The Japanese Empire and Indigeneity in Colonial Taiwan" 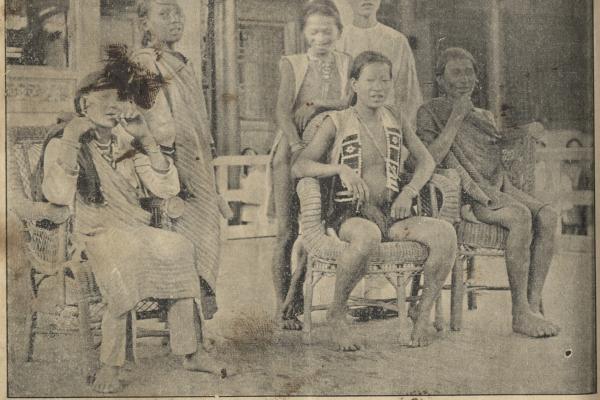 The Institute for Chinese Studies presents the "China in Transition" Lecture Series with:

"At the Geographic Limits of Discipline: The Japanese Empire and Indigeneity in Colonial Taiwan"

Abstract: In Michel Foucault's terminology, the "disciplinary society" is produced by and in turn sustains the institutions that constitute individuals as subjects and objects of dispersed power. In colonial Taiwan (1895-1945), deficit spending on land-surveys, rentier-capitalist buy-outs, and "bandit eradication" established the foundations for disciplinary society in the densely populated areas of the island. However, in what became Taiwan's indigenous territories, the costs of building an infrastructure (including schools, courts, prisons, hospitals, banks) that could produce self-policing surplus-surrendering modern "individuals" outstripped returns on investment. Therefore, indigenous peoples would be ruled on-the-cheap, as members of units through appointed intermediaries and beat-cops in the interwar years. During this period, a concatenation of ethnological, touristic, literary, and iconographic initiatives from the Japanese side, met with cultural entrepreneurialism from the indigenous side, to produce the durable and spatially containerized ethnic groups known as "Atayal," "Bunun," "Paiwan," "Tsuo," "Saisiat," "Amis," "Rukai," and "Tao" (Taiwan Indigenous Peoples) today.

Bio: Paul D. Barclay teaches East Asian history at Lafayette College in Pennsylvania, U.S.A.  He is the general editor of the digital repository East Asia Image Collection and author of numerous articles, reviews, and book chapters on Japanese colonialism. His book-length study on the history of Japanese-Taiwan indigenous peoples relations from 1873 to 1945 will be published by the University of California Press in fall 2017. Barclay's research has received support from the National Endowment from the Humanities, the Social Science Research Council, the Japanese Council for the Promotion of Science, and the Taiwan Ministry of Foreign Affairs.

This event made possible in part by OSU's Department of the History of Art and by a U.S. Department of Education Title VI grant to The Ohio State University East Asian Studies Center.