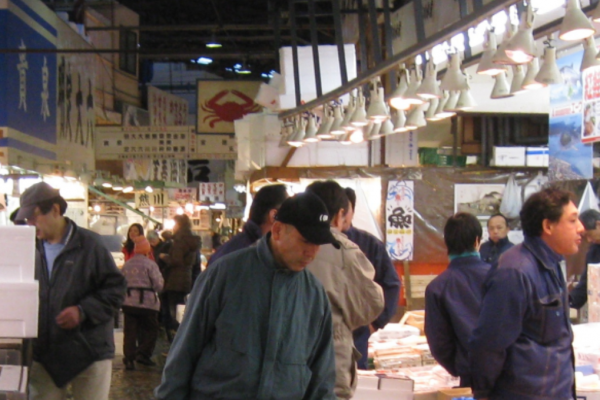 Abstract:  Tokyo’s famed Tsukiji Fish Market, the world's largest fish market in operation for 83 years, has moved to a new site in Toyosu, Tokyo. Because a Tokyo Gas Co. factory formerly occupied the new Toyosu site, it had groundwater and soil contamination. Although no one in the new Toyosu Market had potential exposure to contaminants in groundwater and soil which were isolated from the market facility, the Tokyo metropolitan government spent over 530 million dollars to clean up the site. The metropolitan government and its science committee board declared the area safe for use, and the Toyosu Market was supposed to open in 2016. However, newly-elected Tokyo Governor Koike delayed the opening for various reasons including worries over contaminated groundwater and soil. She delayed the relocation primarily because she could not “feel a sense of safety” although she knew that food security was assured based on scientific facts. Public controversies over “feeling” vs “understanding scientific facts” ensued, causing a social phenomenon to reevaluate the role of science in society. In this talk, three key points will be presented, which could lead to a practical solution for the problem that links science and society.

Bio: Motomu Ibaraki is Associate Professor of Earth Sciences at The Ohio State University. He received his PhD from the University of Waterloo, Canada (1994). He is internationally acclaimed for his work on theoretical aspects of mass transport, contaminant hydrogeology, and groundwater modeling. He is conducting research on human health and environmental problems caused by changes in water quality and quantity. His recent projects include hydrological impact on parasitic disease transmission, and application of data mining approaches on water-related disease transmission in megacities.