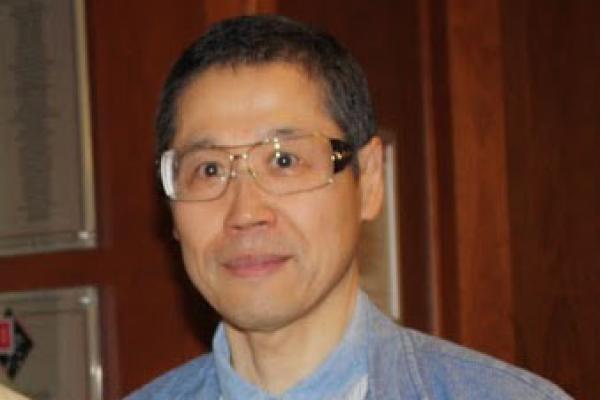 After five and a half years at the helm of the Institute for Japanese Studies (IJS), Hajime Miyazaki, professor of economics, will end his term on June 30, 2020 upon his retirement from Ohio State.

Prof. Miyazaki has long been energetic in teaching an upper division economics course in comparative institutional analysis between the US and Japanese markets and organizations. Every spring his course was subscribed by about 60 graduating economics majors as well as a dozen masters students in economics–related disciplines including our MA students in East Asian Studies. For the IJS lecture series, he invited a dozen speakers on Japanese political economy and US–Japan relations. As a unique industry–academia collaboration, Prof. Miyazaki also led a lecture class in which management of a Japanese firm in Greater Columbus was invited to speak on innovation and workforce development.

In 2016, under the leadership of Prof. Miyazaki, IJS inaugurated the Brad Richardson Memorial Lecture (BRML) series to honor the institute’s founding director and established the Brad Richardson Memorial Fund which has raised more than $40,000 to date. The BRML has featured renowned Japanese studies scholars from Columbia University, Stanford University, Massachusetts Institute of Technology, Montana State University, University of Waterloo and The Ohio State University. (See page 11 of the 2019-2020 EASC expOSUre for a full BRML report.)

Prof. Miyazaki was enthusiastic about IJS’s long-standing tradition in community outreach. Gagaku, rakugo, and other Japanese performing arts, both traditional and contemporary, were presented to the community and drew large audiences. Prof. Miyazaki has also given steadfast moral support to the Japanese Student Organization and its mission to involve the campus community with Japanese culture. He has been enthusiastic in developing internships for OSU students and took special pleasure with the establishment of a summer internship with a Tokyo firm, which allowed OSU students to experience Japanese work culture.

Finally, Prof. Miyazaki worked to develop enduring ties with the Japanese business community in Ohio, the Japan–America Society of Central Ohio and the Consulate General of Japan in Detroit which will benefit the institute and the university for years to come.

Please join us in thanking Prof. Miyazaki for his service to IJS and wishing him all the best in his retirement.