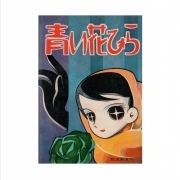 Since the creation of the first manga magazine, Eshinbun Nipponchi, in Japan in 1874, manga evolved and came a long way. After manga became a widely-accepted form of popular culture in Japan, it was exported to countries like the US and has become an international phenomenon. Manga is no longer a mere source for entertainment for the general public, but also it is a serious subject of academic inquiry.  However, while manga became mainstream and global, its sales in the US have recently been in decline. Although some publishers attribute the sales drop to the market stabilization and maturation, it is clear that manga is at a crossroads. Through the two manga symposia, the origin of manga and future directions of this unique art form that started in Japan will be reexamined. The first symposia on March 6, 2015 will focus on classical manga. The second symposia on April 4, 2015 is dedicated to diversification and globalization of manga. The participants will also learn about the OSU’s manga materials accessible to them and find out how they can incorporate manga into research, teaching, and learning.

This exhibition will focus on discussing the specific phenomenon of women's changing roles and expectations in Japan. The artworks of twelve artists (total about 100 pieces) has been chosen to address this theme through the diverse subjects in their manga. The artworks are composed of two qualities: original art and reproductions. Original shojo manga books/magazines and other related materials (e.g. figures, toys) will be displayed along with the artworks in their context to help audiences understand the power of visual pop culture since the influences appear often in mass media, including TV animation and toy products.

Learn how any issue, personal, local, and/or global theme can developed into manga art through manga story telling methods. Visual literacy will be incorporated into the workshop. Using visual images, students can develop their own literacy, through which students can understand other cultures and ideas to find and develop their own identity. The hands-on, interactive techniques demonstrated in this workshop are perfect for getting students involved in the fun and learning that occur when they create original manga. The workshop will also explore the history of manga, including Girl’s (Shōjo) manga, which can be seen at the current exhibit that focuses on the specific phenomenon of women's changing roles and expectations in Japan. The workshop also explores how teaching through manga storytelling methods can be aligned to the new core curriculum standards.