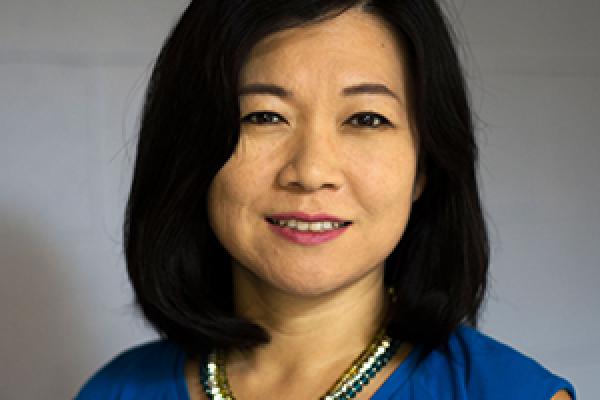 Abstract: This talk discusses the production of Sung Rno’s play Yi Sang Counts to Thirteen, which was produced in Korea twice, most recently in 2009. The play takes place in “Seoul as reflected through a certain Mr. Yi Sang’s strange and twisted brain,” as described by the playwright. The Korean surrealist poet Yi Sang died in 1937 at the age of twenty-seven during the height of Japanese colonial rule in Korea. He is considered a poet genius who has received unprecedented posthumous recognition. He is a mythic character in the Korean literary society. Sung Rno presents a surrealistic play inspired by translations of Yi Sang’s poems that blur literary genres and defy structural rules. The paper examines the production in the context of Korean avant-garde theatre and experimental art.

Bio: Esther Kim Lee teaches courses in theatre history, theory, and criticism. She specializes in Asian American theatre, Korean diaspora theatre, and globalization and theatre. Her book, The Theatre of David Henry Hwang (Bloomsbury Methuen Drama), was published in December 2015. She was the Chief Editor of Theatre Survey, the official journal of the American Society for Theatre Research from 2013 to 2014. Her new research project explores the history of yellowface in the United States, and she received the Graduate School Research and Scholarship Award for summer of 2015.

This event made possible in part by a U.S. Department of Education Title VI grant to The Ohio State University East Asian Studies Center.