IJS Event: Kenny Endo Ensemble, "'Ame' (Tears of the Earth) – The Healing Rain: The Fostering of Unity, Harmony, and Balance through Arts and Culture" 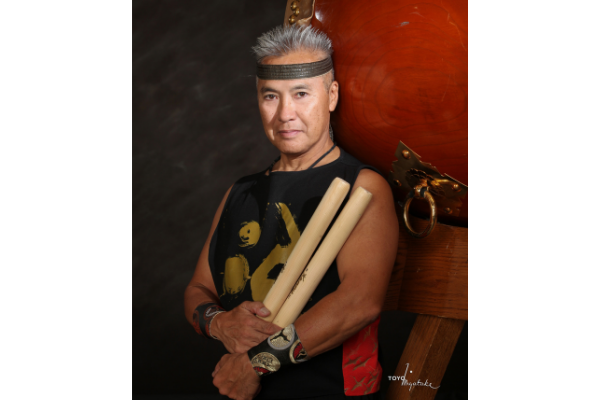 "'Ame' (Tears of the Earth) – The Healing Rain: The Fostering of Unity, Harmony, and Balance through Arts and Culture"

of the Kenny Endo Ensemble

Abstract: Kenny Endo’s lived experience and his social and musical activism make him a valued resource during this time of social upheaval—a time that has inspired grassroots movements seeking equity. Kenny believes that our current historical moment mirrors in salient ways the 1970s when he came of age as a musician. In this panel discussion, Kenny will be joined by members of his Ensemble to discuss the role of arts and culture as social mediators of unity, harmony, and balance in the United States and in Japan. They will address multiple topics, including Kenny’s journey as the first non-Japanese national to be honored with a “natori” (stage name) in classical Japanese drumming and the personal activism of the Ensemble members. They will also speak to Asian-American history and the fight for rights; the impacts of persecution; cultural pride; and the role of the arts in bridging differences. In their own work, the members of the Kenny Endo Ensemble have presented various cultures and art forms on stage in a spirit of unity and respect for diversity—a coming together to foster harmony, uplift spirits, and manifest a better world.

Celebrating his 45th Anniversary in taiko (Japanese drumming), Kenny Endo stands at the vanguard of the taiko genre, as one of the leading personas in contemporary percussion and rhythm in North America and in Japan. For 45 years, he has led the way in this Japanese style of drumming in the U.S. and will celebrate with his 2022 tour “Breaking Through Tradition to Innovation: Kenny Endo’s Taiko Journey.” As a jazz percussionist and early innovator in Japanese taiko, Kenny Endo’s adventurous spirit stretches the taiko genre incorporating influences like funk, jazz, Afro-Cuban, and Hawaiian, with roots firmly grounded in tradition. With 45 years of performing and touring, he continues to lead the way in this Japanese style of drumming. His performances are nuanced, brilliant, exciting! Endo has received numerous awards and accolades, including special recognition in Japan—he was the first non-national to be honored with a “natori,” a stage name, in Japanese classical drumming and is still esteemed in Japan today. He has won numerous awards, was a featured artist on the 2005 PBS special “Spirit of Taiko” as well as several film soundtracks (including Coppola’s Apocalypse Now), and was honored by the National Endowment for the Arts for American Masterpieces.

Advanced
Register for "'Ame' (Tears of the Earth)"
Text